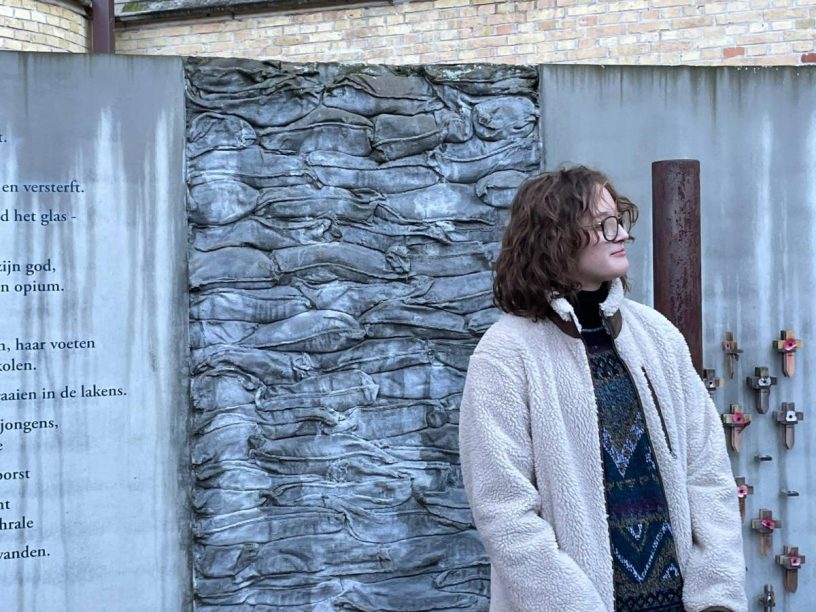 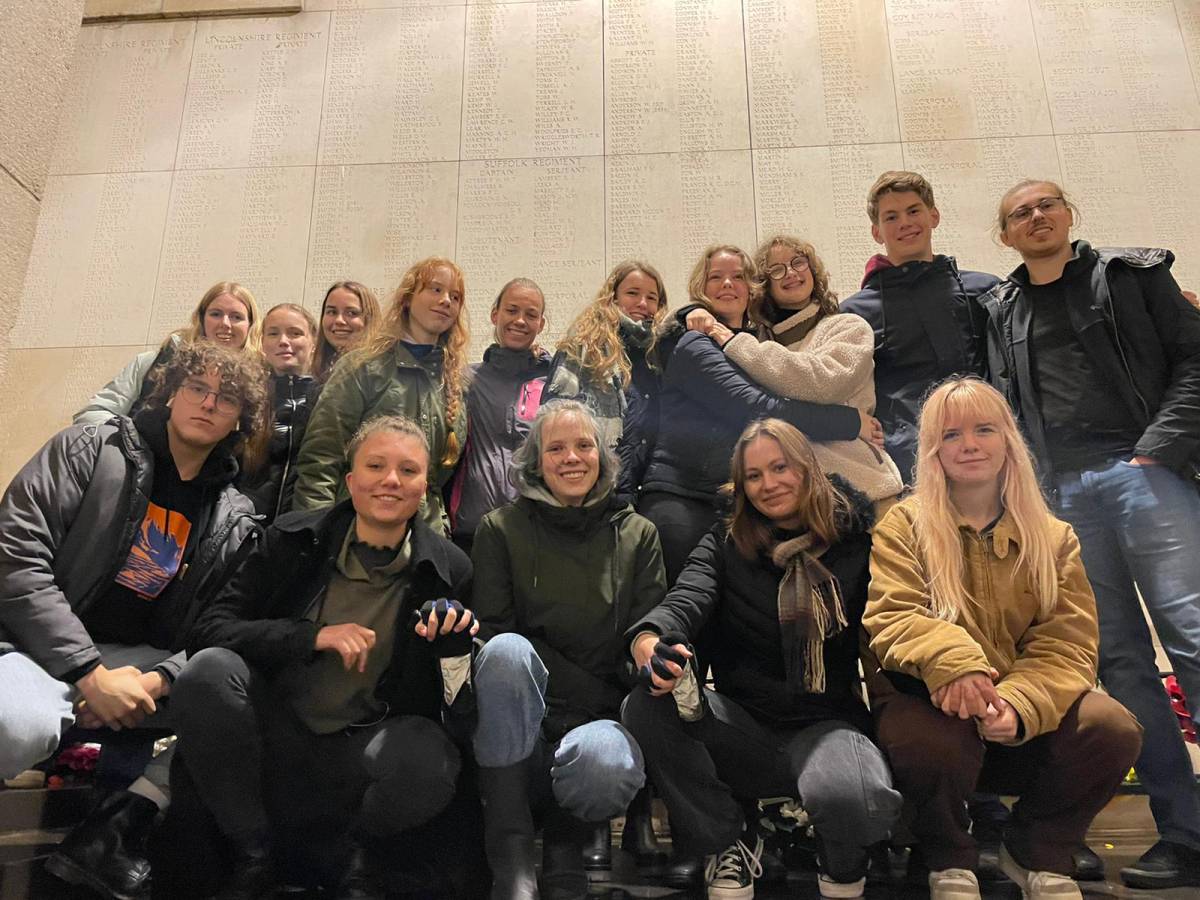 Soldatenfriedhof Langemark and Tyne Cot Cemetry, this day is a day of remembrance in and around Ypres. A day of taking time to stand still, to let the pity of war sink in. To look up into the grey Flanders’ skies and hear a lark whistle or a leaf fall upon the war trodden paths. Many pupils present their poem here, at the German cemetery, in respect to the students who were their age when they fell. The enemy. Yet innocent in their naivety.

War poems
Rain, rain, rain, relentless and here they go, following their OSG German teacher Ms Groot who starts off the day with her recital of an impressive German war poem. Pupils follow suit and one after the other poem is recited, sometimes three at the same time each in a different corner of the cemetery. Later that morning, the OSG makes a stop at Tyne Cot, biggest overseas war cemetery of the British Commonwealth. The pouring rain makes it even more tangible to us all how terribly hard the circumstances of fighting here in Passchendale, must have been. Our students are impressed and inspired at the same time, and let this seep through in their poetry. Most impressive. 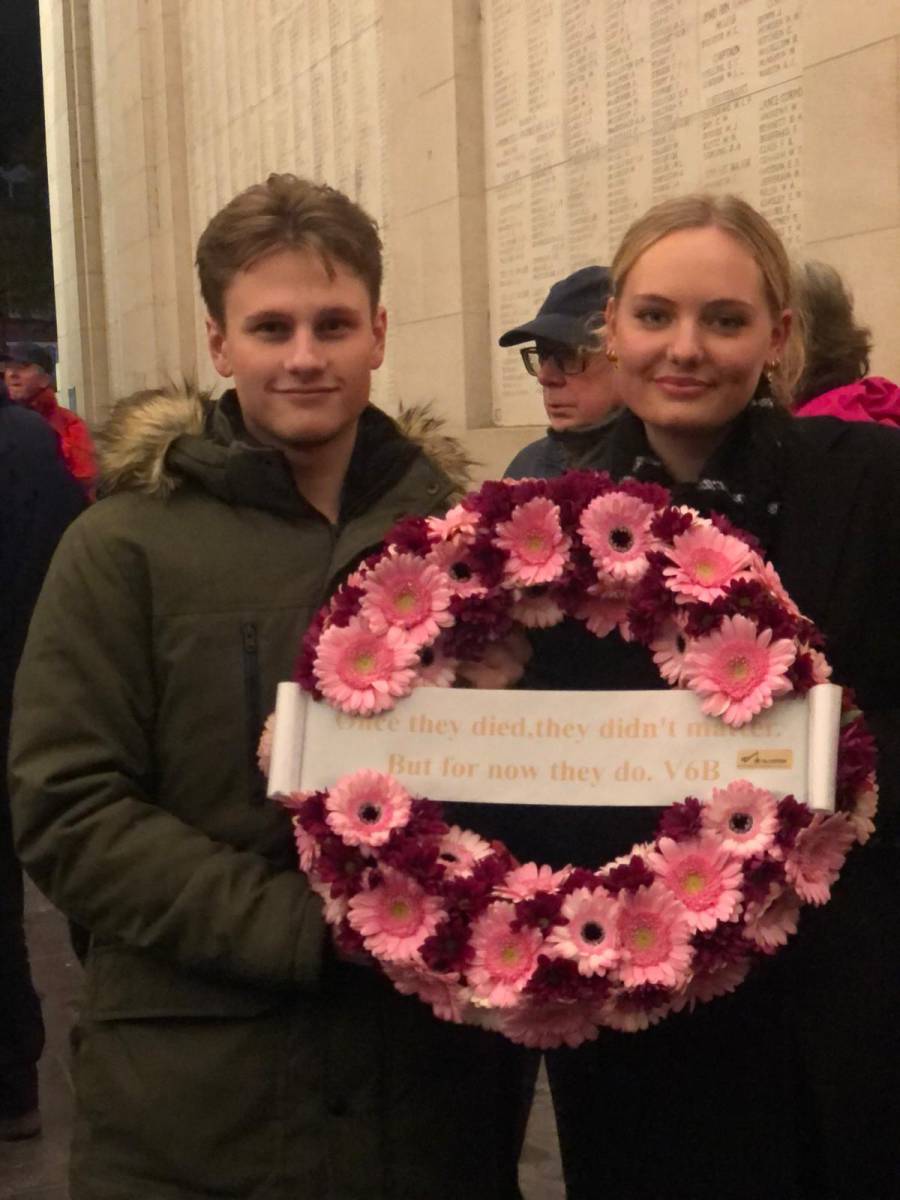 Home away from home
Last stop of the day is Poperinghe, and Talbot House, a home away from home for the soldiers and it still is; for veterans in the current fields of war, and for our pupils too, who relax there with a cup of tea and cake, some music on the piano played by themselves, and even a pupil bringing a recorder moving her classmates to tears.

Last Post Ceremony
Finally, it is time for the daily Last Post Ceremony, with the OSG as participant; as every year, a life time honorary member. The four classes each lay their own wreath, Sylvie & Melle for v6a, Jayden & Marilène for v6b, Ryan & Lise for v6c, Thirza & Maura for v6d and Brian (V5) and Mees (H4) lay the fifth wreath for the OSG, our two ‘maatwerk’ pupils so excellent at English they are here as vwo 6 level English students with us. Mr. Niemeijer closes the moment with an honorary recital of the so-called exortation during the ceremony, after which the two minutes silence. 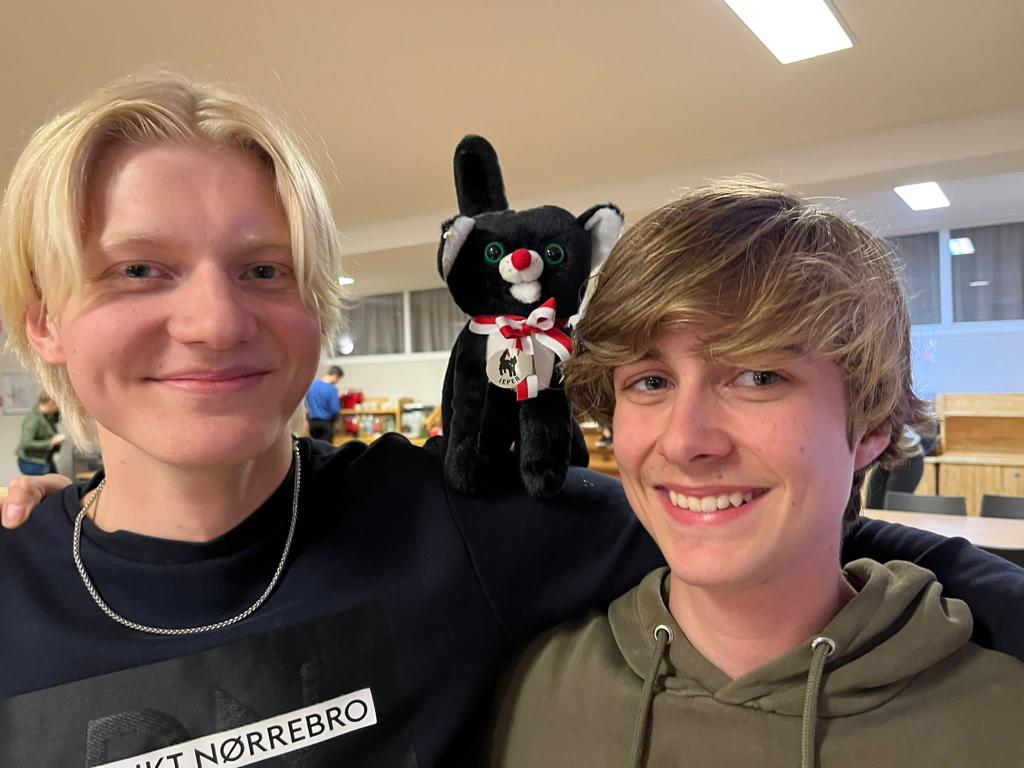 The evening at the hostel is spent at leisure. The legendary OSG Pub Quiz is won by none other than Wout & Melle, who receive the Snoezepoes for one year, until we go to Ypres again and the next duo who wins are allowed to take this cat of cats home with them.